SLES stands for sodium lauryl ether sulfate, with another common name: texapon is an accepted contraction of sodium lauryl ether sulfate(SLES), is an anionic detergent and surfactant found in many personal care products (soaps, shampoos, toothpaste etc.). texapon is an inexpensive and very effective foaming agent. sodium lauryl sulfate (SLS), ammonium lauryl sulfate (ALS), and sodium pareth sulfate are surfactants that are used in many cosmetic products for their cleaning and emulsifying properties. They behave similarly to soap. This useful chemical supplying in all types with the best price to all international markets by ATDM.

SLES chemical formula is CH3(CH2)11(OCH2CH2)nOSO3Na. Sometimes the number represented by n is specified in the name, for example laureth-2 sulfate. The product is heterogeneous in the number of ethoxyl groups, where n is the mean. It is common for commercial products for n= 3. SLES is prepared by ethoxylation of dodecyl alcohol. The resulting ethoxylate is converted to a half ester of sulfuric acid, which is neutralized by conversion to the sodium salt. The related surfactant sodium lauryl sulfate (also known as sodium dodecyl sulfate or SDS) is produced similarly, but without the ethoxylation step. texapon and ammonium lauryl sulfate(ALS) are commonly used alternatives to SLS in consumer products.

SLES has an excellent safety record and have been used for many years. Prolonged contact by our skin with concentrated texapon may, however, cause irritation. We therefore take great care when formulating our products to minimise potential irritation and still deliver effective cleansing action. The surfactant sodium lauryl ether sulfate is widely used in the composition of detergents and frequently ends up in wastewater treatment plants (WWTPs). While aerobic SLES degradation is well studied, little is known about the fate of this compound in anoxic environments, such as denitrification tanks of WWTPs, nor about the bacteria involved in the anoxic biodegradation. Here, we used SLES as sole carbon and energy source, at concentrations ranging from 50 to 1000 mg L−1, to enrich and isolate nitrate-reducing bacteria from activated sludge of a WWTP with the anaerobic-anoxic-oxic (A2/O) concept. In the 50 mg L−1enrichment, Comamonas (50%), Pseudomonas (24%), and Alicycliphilus (12%) were present at higher relative abundance, while Pseudomonas (53%) became dominant in the 1000 mg L−1enrichment. Aeromonas hydrophila strain S7, Pseudomonas stutzeri strain S8, and Pseudomonas nitroreducens strain S11 were isolated from the enriched cultures. Under denitrifying conditions, strains S8 and S11 degraded 500 mg L−1 SLES in less than 1 day, while strain S7 required more than 6 days. Strains S8 and S11 also showed a remarkable resistance to SLES, being able to grow and reduce nitrate with texapon concentrations up to 40 g L−1. Strain S11 turned out to be the best anoxic texapon degrader, degrading up to 41% of 500 mg L−1. The comparison between SLES anoxic and oxic degradation by strain S11 revealed differences in SLES cleavage, degradation, and sulfate accumulation; both ester and ether cleavage were probably employed in SLES anoxic degradation by strain S11.

Texapon or sodium laureth sulfate used for the manufacture of liquid dishwashing and technical cleaning agents as well as liquid light-duty detergents. It is a highly concentrated sodium lauryl ether sulfate derived from natural fatty alcohols. Due to its high content of washing active substance, Texapon is particularly suited for highly concentrated end products, or if raw materials with a lower water content are required. The product is also suited as a basic surfactant for cosmetic cleansing preparations such as shampoos, shower gels and foam baths. In this way, the viscosity of diluted solutions of texapon with approx. 5 – 28 % washing active substance can be easily increased to the desired value. 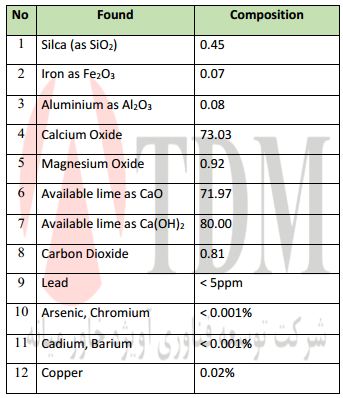